The GymRat CHALLENGE is operated by GymRat Basketball, LLC, a New York State based 501(c)3 tax-exempt, non-profit organization that is registered with the New York State Charities Bureau (NYS Reg. No. 47-33-77).  The GymRat CHALLENGE is the largest event of its kind in the eastern United States and among the largest amateur sporting events in the nation. 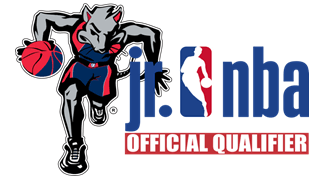 Established in 1998, the GymRat CHALLENGE annually hosts over 520 boys and girls basketball teams, over 6,000 athletes, and 22,000 unique visitors representing over twenty U.S. states and Canadian provinces covering a geographic reach from Texas to Toronto, Montreal to Miami, and beyond. QUALITY MEETS QUANTITY at the GymRat CHALLENGE. The GymRat CHALLENGE’s huge field welcomes teams at all levels and gives all a chance to compete and see how they measure up, while also headlining some of the top club basketball programs and high school players in North America.

For over two decades, the GymRat CHALLENGE has been a rite of passage for today and tomorrow’s NCAA, NBA, and WNBA stars.  From NBA MVP and World Champion Steph Curry to former NBA Rookie of the Year & NCAA Player of the Year Emeka Okafor to NBA All-Stars and former Chicago Bulls teammates Joakim Noah and Luol Deng to NCAA Players of the Year & National Champions Jimmer Fredette, Kemba Walker, and Shabazz Napier, to perennial NBA All-Stars Donovan Mitchell and Tobias Harris, to 2018 NBA First Round Draft picks Mo Bamba and Kevin Huerter, to 2019 Naismith National High School Player of the Year Isaiah Stewart of LaLumiere High School in LaPorte, IN on the men’s side, and   4-time NCAA Final Four MVP, 4-time NCAA National Champion, 2016 WNBA Rookie of the Year, 2018 WNBA MVP, and Olympic Gold Medalist Brenna Stewart to Stewart’s National Championship teammate and current member of the New York Liberty Bria Hartley to former WNBA scoring champion Epiphany Prince on the women’s side, some of the greatest basketball players on the planet have earned their reputations competing top level competition at the GymRat CHALLENGE

According to a detailed economic impact study performed by Camoin Associates, one of the most respected economic development consulting firms in the northeastern United States, the GymRat CHALLENGE provides an annual economic and fiscal impact of over $19.6 million on its host economy. Contained within that $19.6 million is $13.8 in economic impact, $4.7 million in jobs support, and over $1.1 million in annual tax revenue generation. In addition to drawing top basketball talent from around the country, since 1998, the GymRat CHALLENGE stands second only to the internationally renowned Saratoga Race Track in terms of events providing in generating tourism based economic impact over the past twenty years.  In addition, in any year when the MAAC Basketball Tournament and the NCAA Tournament are hosted in New York State’s Capital Region, the GymRat CHALLENGE provides more than TWICE the economic impact of those two outstanding events COMBINED. The GymRat CHALLENGE has become a fixture and tradition in the sporting landscape of New York State’s Capital Region.

In calculating return on investment metrics for New York State and I LOVE NY’s investment in the GymRat CHALLENGE, 89% of the record 6,564 athletes competing in the 2019 GymRat CHALLENGE traveled from beyond a 90 minute driving radius and required hotel stays, food, and transportation during the two day competitions. Those athletes along with their coaches, families,, and spectators generated over $1.1 million in local and state tax revenue. This represents a significant return on investment of over 420% on the Working Capital grant provided by the REDC. In raw dollars, that means with a $211,420 REDC grant, the GymRat CHALLENGE has generated a return of nearly $1 million in NET NEW local and state tax revenue during the 2019 event year

With over 22,000 total unique visitors to the GymRat CHALLENGE produced a substantial economic impact in excess of $19.6 million on the Capital Region economy. This represents a massive return on investment of over 9,170% on the Working Capital grant provided by the REDC. In raw dollars, that means with a $211,420 REDC grant, the GymRat CHALLENGE generated a return of over $19.4 million in NET NEW economic and fiscal impact on the Capital Region during the 2019 event year.

The GymRat CHALLENGE has developed state of the art registration, roster, and player tracking systems.  With the use of those systems, the GymRat CHALLENGE electronically captures detailed data on event participants each year.  That data includes names, addresses, e-mail addresses, and cell phone numbers for over 6,000 players, their parents, coaches and team support personnel, as well as staff members, and college coaches participating in the event. The GymRat CHALLENGE communicates with this population throughout the year by e-mail text, voice, and direct mail distribution. As a part of its corporate partnership program, the GymRat CHALLENGE will cross market our corporate partners’ products and initiatives to our ever growing population of athletes, coaches, and families.

GymRat Basketball‘s  business philosophy is based on the principles of authenticity, integrity, competition, attention to detail, and social and community responsibility. Portions of the proceeds from all GymRat Basketball events are used to aid in providing positive basketball experiences, as well as equipment and other necessary resources for youth, high school basketball, and other targeted programs.

As the LARGEST EVENT OF ITS KIND IN THE EASTERN UNITED STATES AND THE THIRD LARGEST EVENT OF ITS KIND ON THE ENTIRE NORTH AMERICAN CONTINENT, the GymRat CHALLENGE holds a recognized level of national prominence and credibility, and provides outstanding exposure to a direct target audience for its advertisers, major corporate sponsors, and partners. With over 6,000 participants from throughout North America, sponsors are able to create brand recognition across a very coveted network of teams, coaches, players, and families.