The GymRat CHALLENGE is much more than a tournament….IT’S AN EVENT. One of the most unique and storied features of the GymRat CHALLENGE is the comprehensive player evaluation services that are provided at all Age Divisions. While there are many tournaments that advertise as “exposure” events or “circuits”, ask them to explain how they provide “exposure” and see what kind of answer you get.  NO EVENT IN THE NATION PROVIDES THE KIND OF PLAYER EVALUATION SERVICES AVAILABLE AT THE GymRat CHALLENGE…. and we can give you the details about the process in place to ensure that players are properly evaluated at the GymRat CHALLENGE.

REPUTATIONS ARE EARNED AT THE GymRat CHALLENGE. Each year, players from throughout the United States & Canada gain national and regional notoriety based on their GymRat CHALLENGE performances. NBA MVP and World Champion STEPH CURRY and WNBA MVP and World Champion BREANNA STEWART lead the extensive and constantly growing honor roll list of GymRat CHALLENGE alums that are flexing their muscles around the basketball world. The list of GymRat CHALLENGE alums who have gone on to NCAA, WNBA, and NBA stardom is long, distinguished, and growing each year. The top of that list includes NBA and WNBA MVPs & World Champions, NBA and WNBA Lottery picks & All-Stars, NCAA Players of the Year, National Champions and All-Americans, and Olympic Gold Medalists who’s GymRat CHALLENGE performances put them on the national recruiting map. The GymRat CHALLENGE Talent Evaluation Staff has a well-earned reputation WITH OVER TWO DECADES OF HIGHLY CREDIBLE EXPERIENCE taking previously unheralded players and LAUNCHING them into the national spotlight in addition to validating those who arrive at the event with well-known pedigrees. More players are recruited out of the GymRat CHALLENGE than any other event in the nation.

Each year, the GymRat Evaluation Team selects and documents ALL-GymRat CHALLENGE performers as well as tournament Most Valuable Players in each Age Division. That information is compiled in the annual GymRat REPORT and released through the GymRat RECRUITING INDEX… the most targeted and effective basketball recruiting profile service in the nation. The 60+ page comprehensive report is accessible to the national media, scouting services, and college coaches across the country as basketball experts look to find out who will be NEXT. 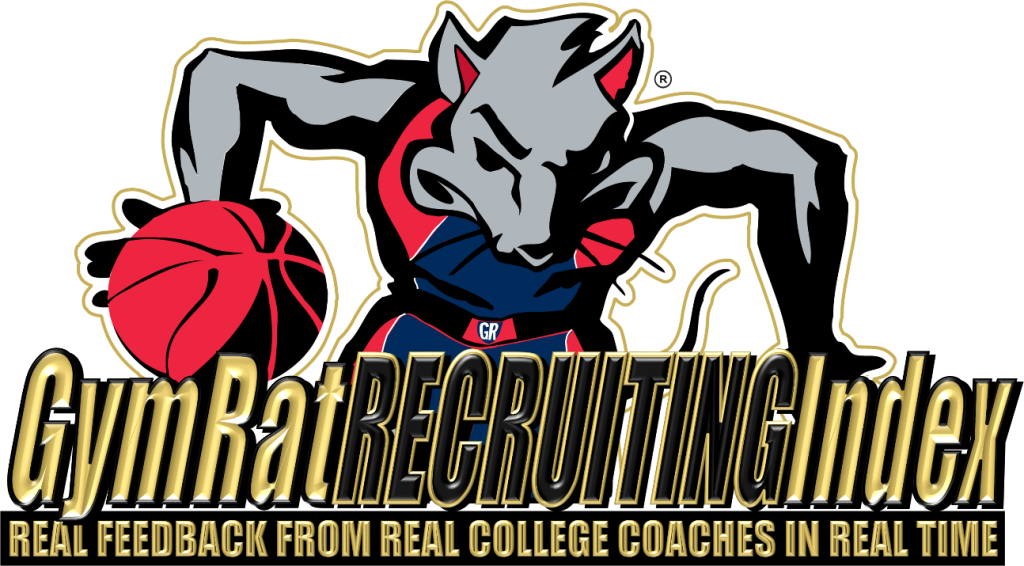 The GymRat CHALLENGE is the only event in the nation that creates RECRUITING PROFILES for ALL players competing in the event. Those profiles are contained in a system known as the GymRat RECRUITING INDEX where they can be searched by college coaches and evaluators across the country year-round.  Each player also has the ability to update all of the information that we have on file in their GymRat account, as well the ability to update and add to their profile.

The 70+ person GymRat Evaluation Staff that is on-site throughout all GymRat events. The Evaluation Staff is comprised of expert current and former professional, college, and high school coaches, professional players, and media members. To properly evaluate during the event the GymRat Evaluation Staff is assigned in a matrix to cover all teams in all division.  ALL teams at ALL Age Divisions of the GymRat CHALLENGE are viewed at least twice by at least two different GymRat evaluators.  That way, no player is judged on a single performance or on the opinion of a single GymRat evaluator.

All evaluator notes and communication are compiled into the GymRat REPORT that’s released one week after of the conclusion of each event.  This comprehensive 60+ page report details ALL-GymRat performers and event highlights for all Age Divisions of the GymRat CHALLENGE. The GymRat Report is available to college coaches throughout the nation, as well as all GymRat participants (players and coaches) through their GymRat RECRUITING INDEX accounts.