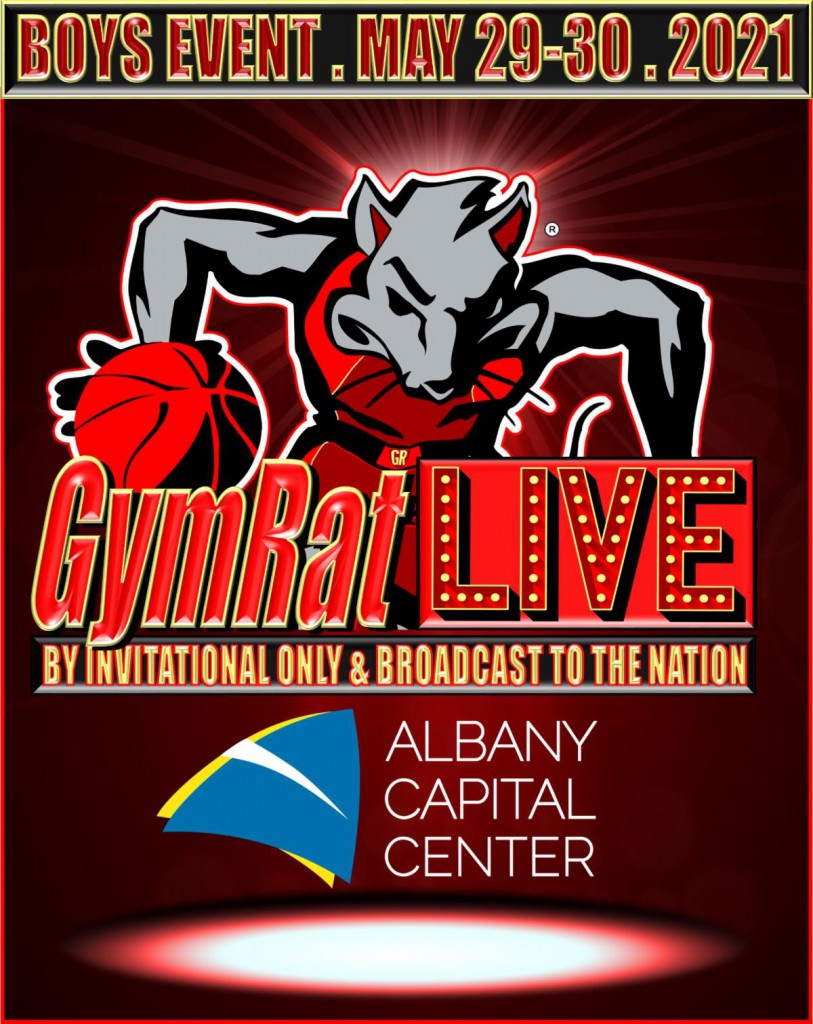 From the creators of the GymRat CHALLENGE, one of the nation’s largest and most competitive grassroots basketball events, and the GymRat RECRUITING Index, the most effective, and credible online recruiting service in the nation comes GymRat LIVE….an invitation-only event that promises to set a new standard in grassroots basketball.
GymRat LIVE will pair some of the greatest basketball talent in America in head to head match-ups while illuminating those performances under one of the brightest national spotlights on the grassroots basketball landscape.
On May 29-30, 2021, BOYS GymRat LIVE will host 24 NIKE EYBL teams in a one-of-a-kind event at the state-of-the art Albany Capital Center and professionally broadcast to the nation….including every college coach across the United States.
The invitation-only GymRat LIVE is being conducted separately from the larger GymRat CHALLENGE events that will take place on June 12-13 (GIRLS) and July 2-3 (BOYS). Registration for the 2021 GymRat CHALLENGE has been open since January with teams from Florida to Maine already locked in to compete. PLEASE NOTE that registration for the GymRat CHALLENGE is being conducted completely separately from GymRat LIVE.

GymRat LIVE will be a full-broadcast production with multiple professionally operated cameras on each court, including a replay camera, as well as a technical director, graphics director, and broadcast team (play-by-play and color commentator) on every broadcasted game. The PROFESSIONAL broadcast of GymRat LIVE games will be available to every college coach in the country.

The 2021 GymRat LIVE field will be comprised of 15U, 16U, and 17U teams from eight of NIKE’s powerhouse EYBL programs….BABC, City Rocks, Expressions Elite, NJ Legacy, PSA Cardinals, NY RENS, Team Final, and UPlay Canada….featuring some of the top prep players on the North American continent. 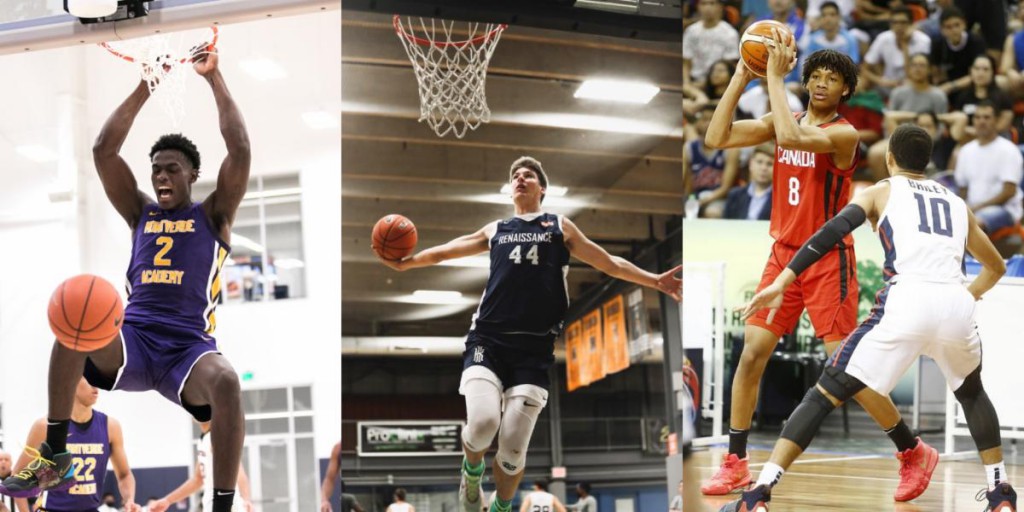 Among the many headliners competing at GymRat LIVE will be (from left to right) Jalen Duren of Team Final, Kyle Filipowski of the NY RENS, and Shaedon Sharpe of UPlay Canada. The nearly incomparable Duren is ranked by ESPN as the #2 player in the nation in the graduating class of 2022. Filipowski has been an emerging national star with offers from 28 high major schools including Stanford, Notre Dame, and UCLA. The dynamic Sharpe is the #20 ranked player in that nation and is poised to decide on offers from college basketball blueblood Kansas and Kentucky among many others.

Our hotel logistics partner, Halpern Travel, has secured room blocks for all teams at the event host hotel which is across the street from our competition venue, the Albany Capital Center 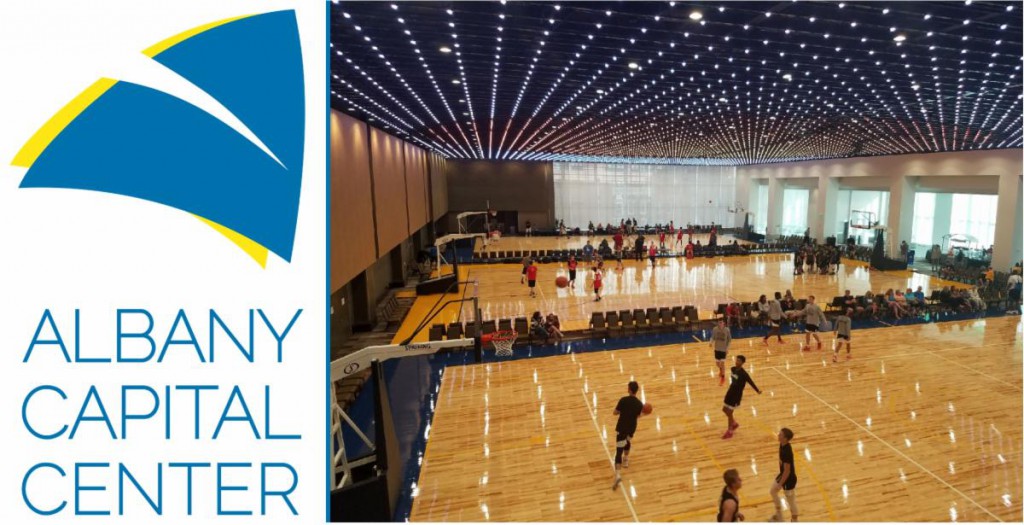 All games for GymRat LIVE will be played at the state of the art Albany Capital Center. The top of the line competition courts at the Capital Center were previously used during the 2018 NBA All-Star and Celebrity Games at the Staples Center.

NYS mandated COVID protocols will in place during GymRat LIVE in order to ensure that everyone is competing in a completely safe environment. In accordance with NYS guidance, limited spectators WILL be allowed at GymRat LIVE. Competition venue capacity will be limited to 250 for each set of games. Face coverings and social distancing will be mandated for all spectators.